Hello Ya’ll. Pivoo here.
So, recently I started using a new system to organize how I work called Strum. the main point of the system is to break up work into smaller chunk sized projects; that way you keep getting your initial boon of work. these chunks are called sprints. and as you can guess from the title… today is the end of my first sprint.(Each of my sprints are going to be every 2 weeks.). one of the important aspects of Strum is at the end of every sprint you present your progress.

So. the first main thing to show off is the new editor. one of the things I decided on my previous prototype was that the parameter system was still rather difficult to use and often times had the user referring to the documentation to figure out how to format it properly. well with the new editor… no longer will that be an issue. 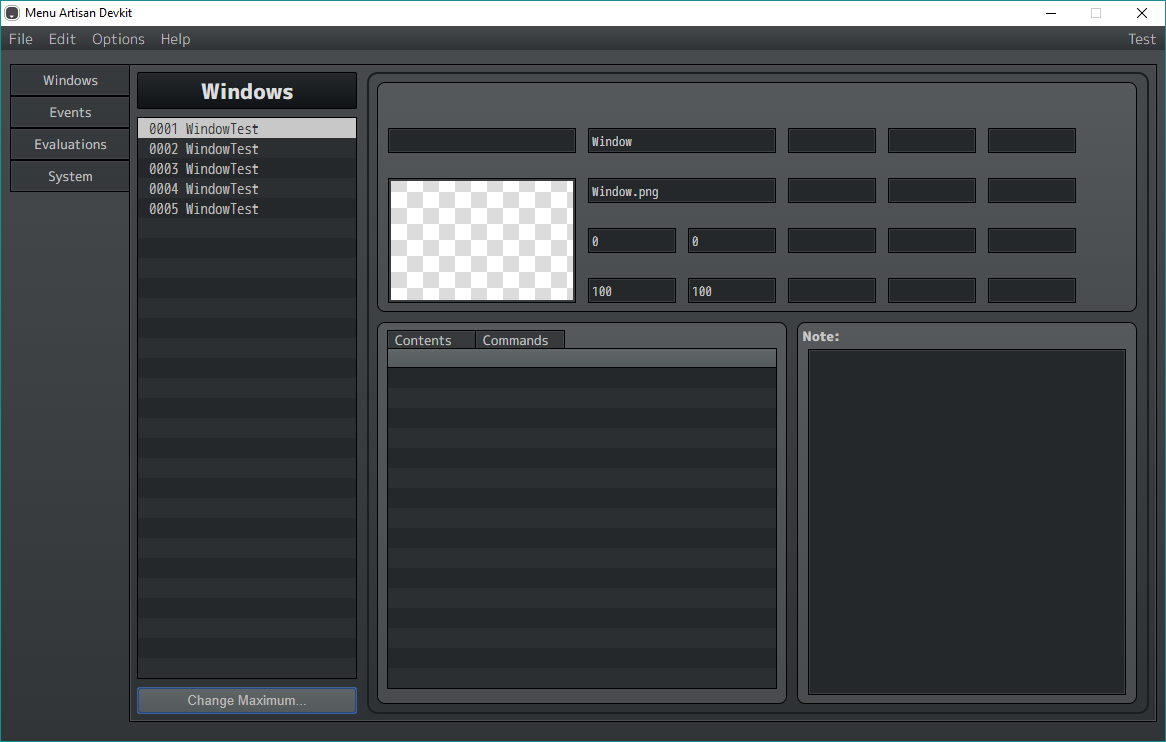 The editor is still in its very early development. although its design is mostly finalized; almost none of the actual functionality has yet to be put into it; with maybe the exception of the playtest…

currently there is a Pop-Out bar on the side for if you wish to quickly Play-Test your menus. although this too has a lot of planned features that are yet to be implemented; such as the ability to toggle immediately going to the menu you are currently working on and popping out the window for better support of larger resolution games.

The only other things worth noting is an early version of the Nav-Bar and “Change maximum” button are available. but as with most of the other parts of the editor, they are mostly for show.
One last thing I should mention is how its all put together. The Dev-Kit uses an nwjs window(the same version as rmmv 1.6.0). one of the rising concerns is that the play-test isn’t going to want to work properly with a lot of people choosing to to abstain from the 1.6.0 update due to its technical failures.  but we’ll cross that hurdle in the future. The next part of the code worth discussing is React. React lets you essentially use JavaScript to render html. and this is super useful in the process of switching between the different tabbed menu’s.
So… Without further ado… lets get some prototype’s out there. first off…
_____
Here is a link to the documentation for the Menu Artisan Prototype
Here is The Menu Artisan Prototype 0.7.0
and Here is the Menu Artisan Devkit Prototype 0.1.1
_____
The next update will be in 2 weeks on March 18th; see you then!